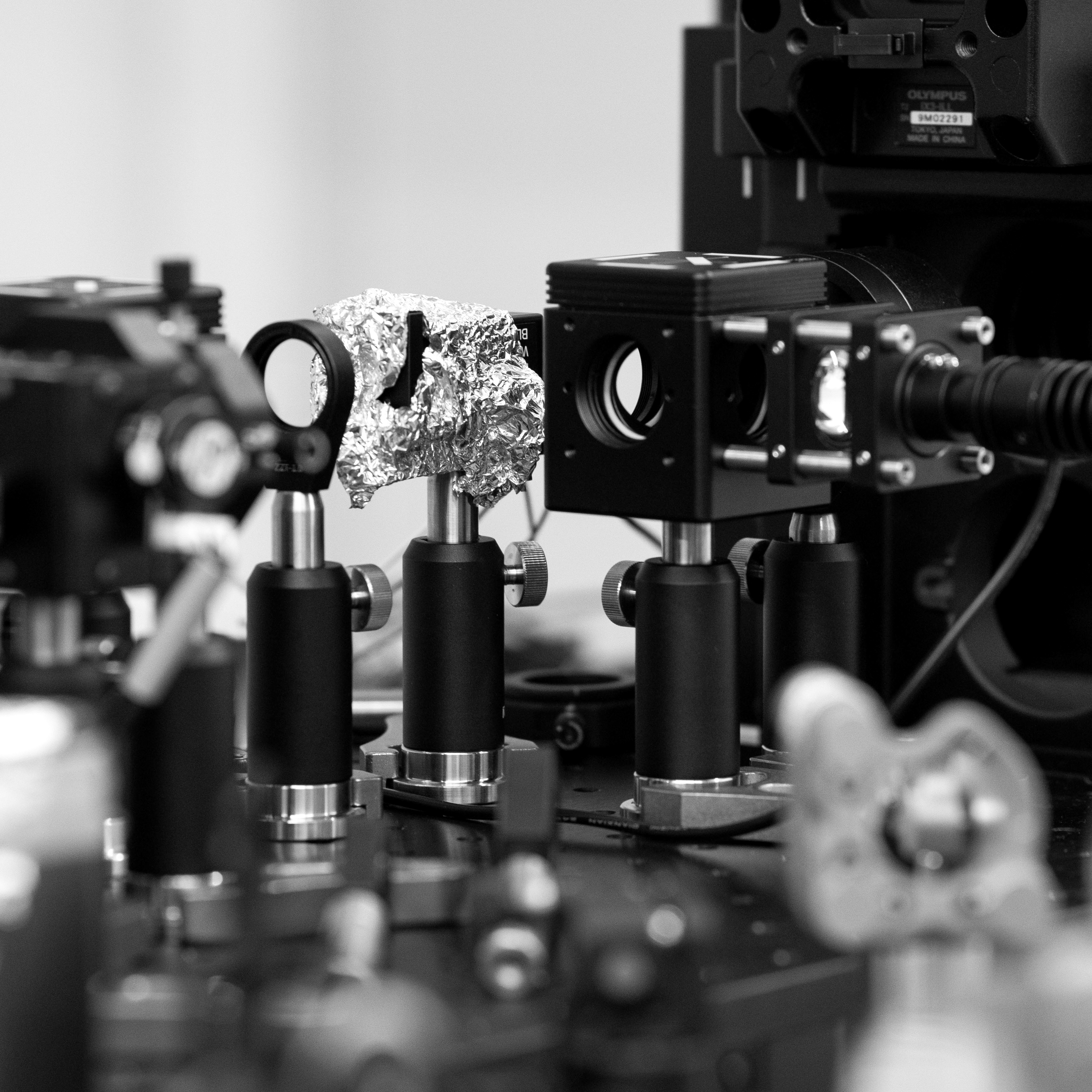 Second harmonic generation (SHG) is a nonlinear optical process in which two photons with the same frequency interact with a nonlinear medium simultaneously to generate a new photon with twice the frequency of the initial photons.

The second harmonic generation (SHG) is interface selective but also chiral sensitive. Thorough this nonlinear optical technique, we can quantitatively get:

This nonlinear chiroptical method has been demonstrated to be an ideal in situ technique to probe the supramolecular chirality of the Langmuir monolayer at the air/water interface. 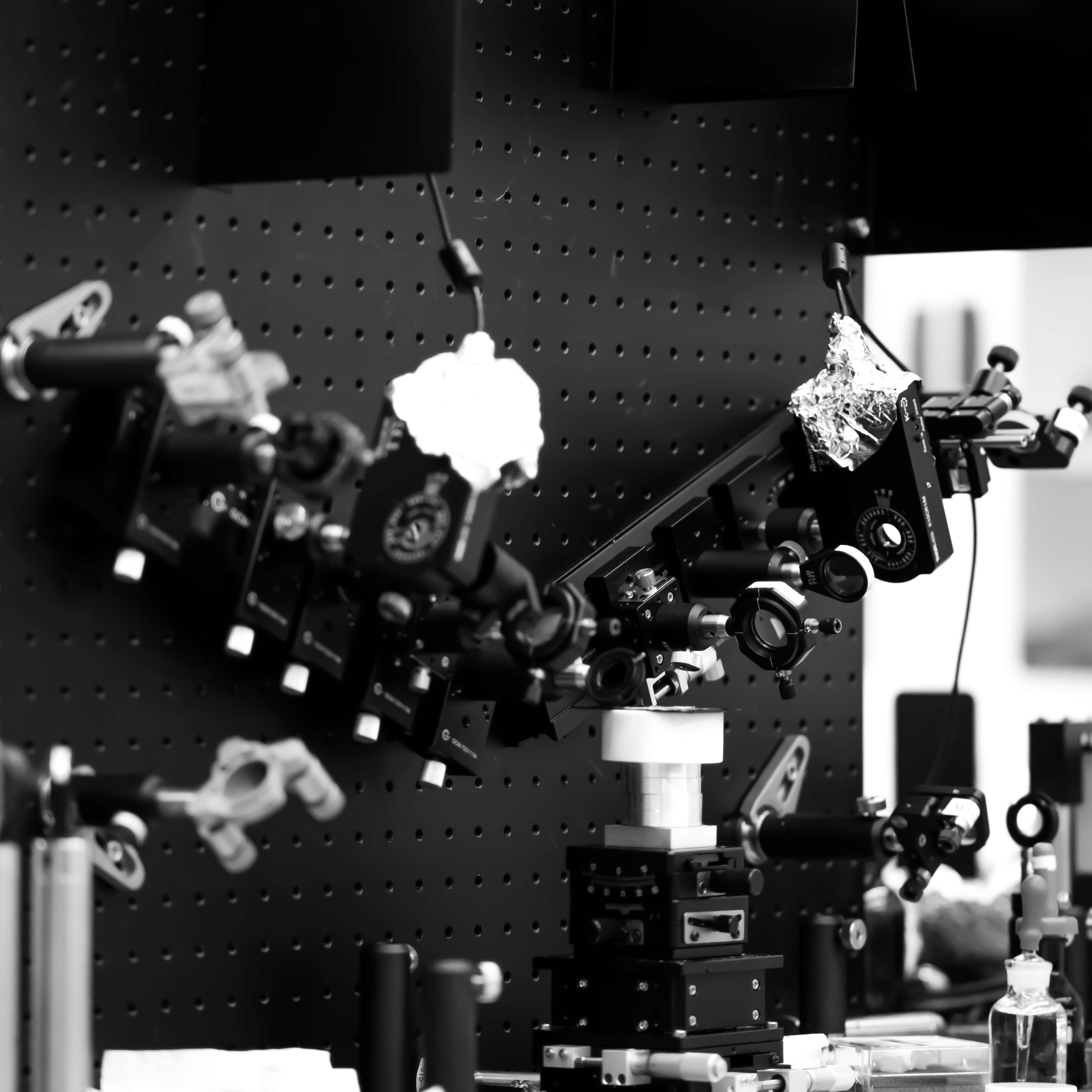 The fundamental theory of SFG is common to second harmonic generation (SHG). The two spectroscopies are based on the second-order nonlinear optical processes where two photons with frequencies ωIR and ωVIS generates a light with the sum frequency ωSFG = ωIR + ωVIS.

The Broad-Band Sum-Frequncy Generation(BB-SFG), use a broad band IR light and a visable light(800nm in our lab), to generate the SFG signal. With the benifit of a short time to obtain the spectra, it has a low resolution though. 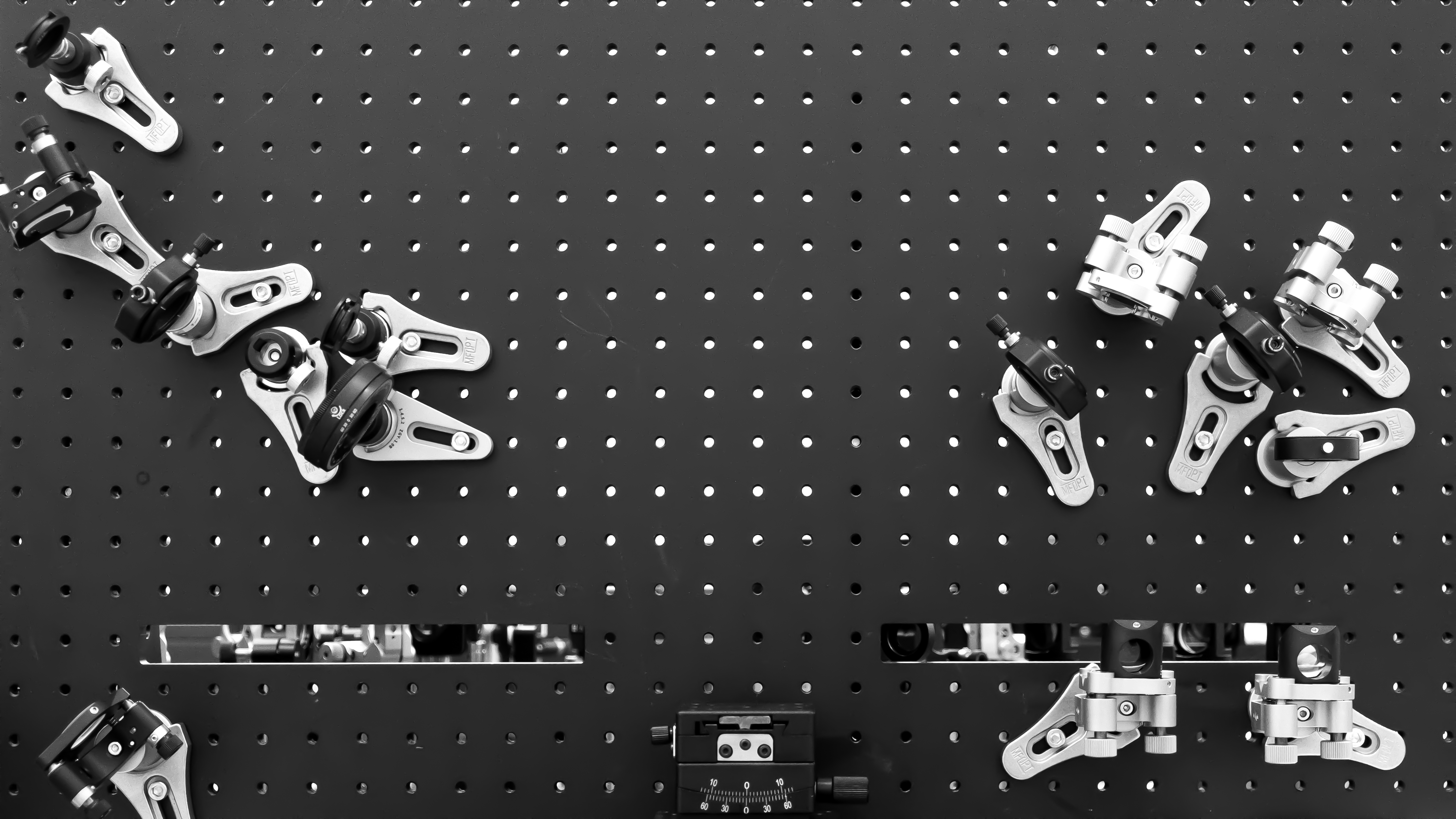 Comparing with Second Harmonic Generation previously, here we use a high frequency laser as the source to generate the SH signal. It gives us a low energy pulse, which allow to test the biological or other samples may be damaged by the laser. 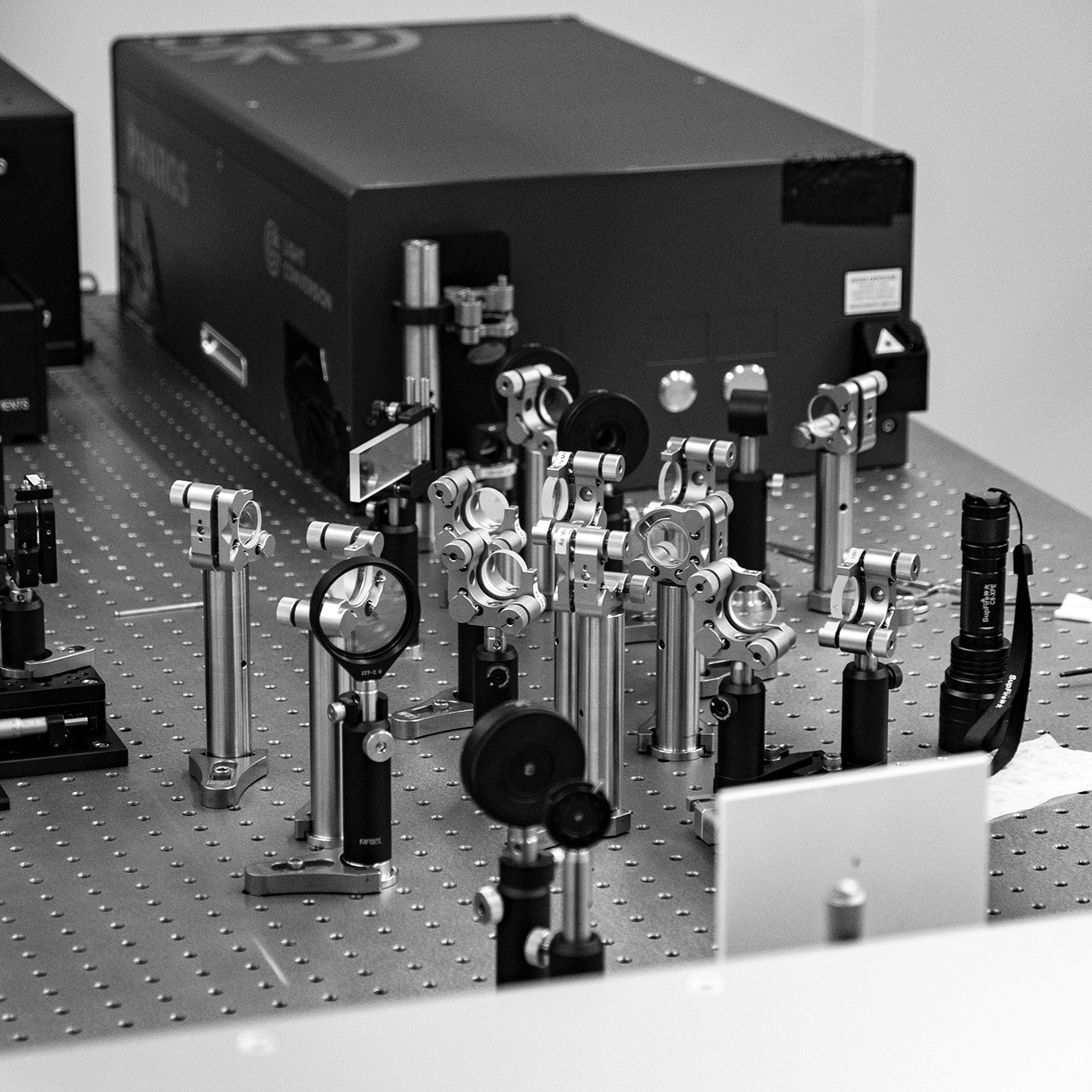 Second-harmonic imaging microscopy(SHIM) is based on a nonlinear optical effect known as second-harmonic generation(SHG). SHIM has been established as a viable microscope imaging contrast mechanism for visualization of cell and tissue structure and function. SHG microscopy and its expansions can be used to study various materials: cellulose, starch, megamolecular polysaccharide sacran, fibroin and sericin, collagen, myosin, tubulin, piezoelectric crystals... 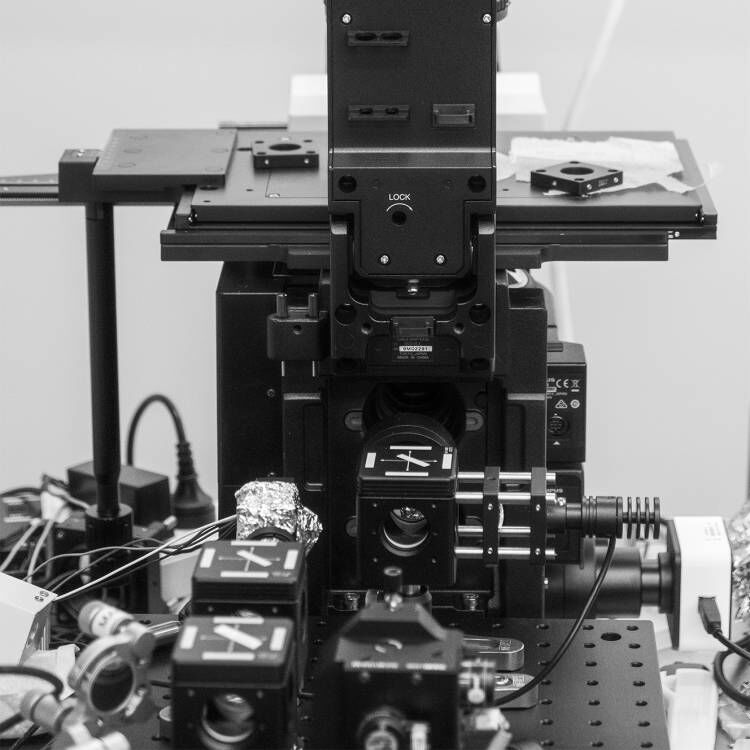 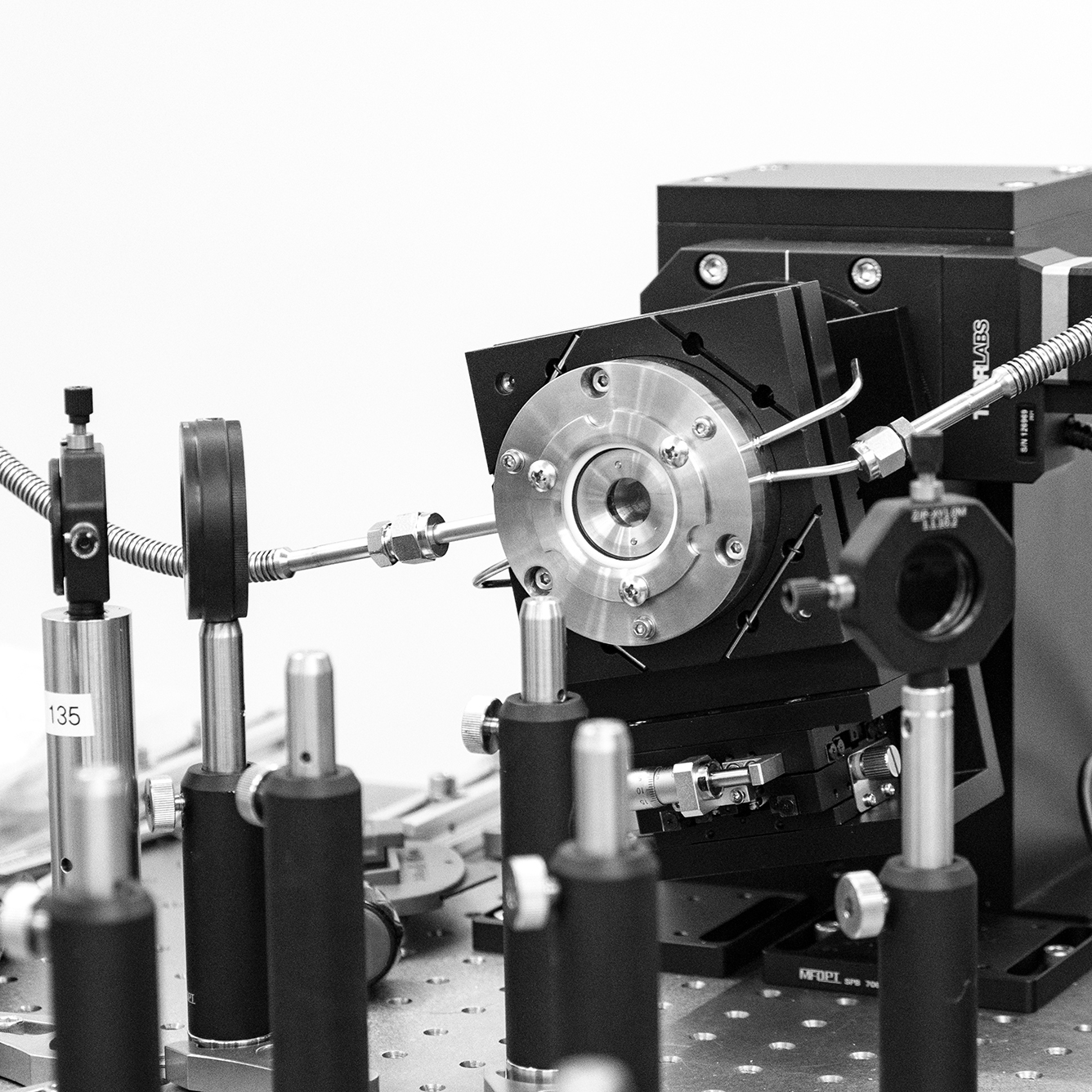 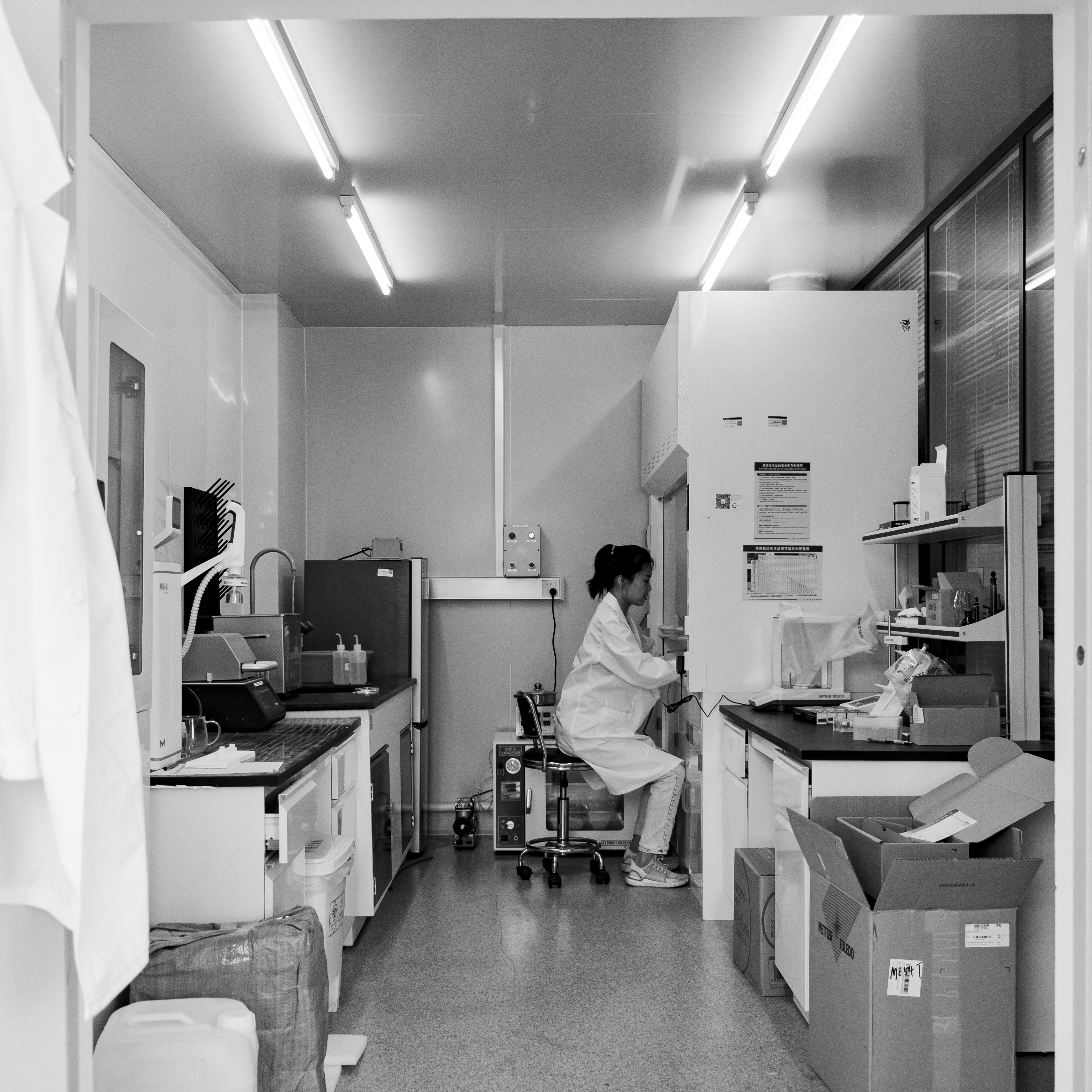 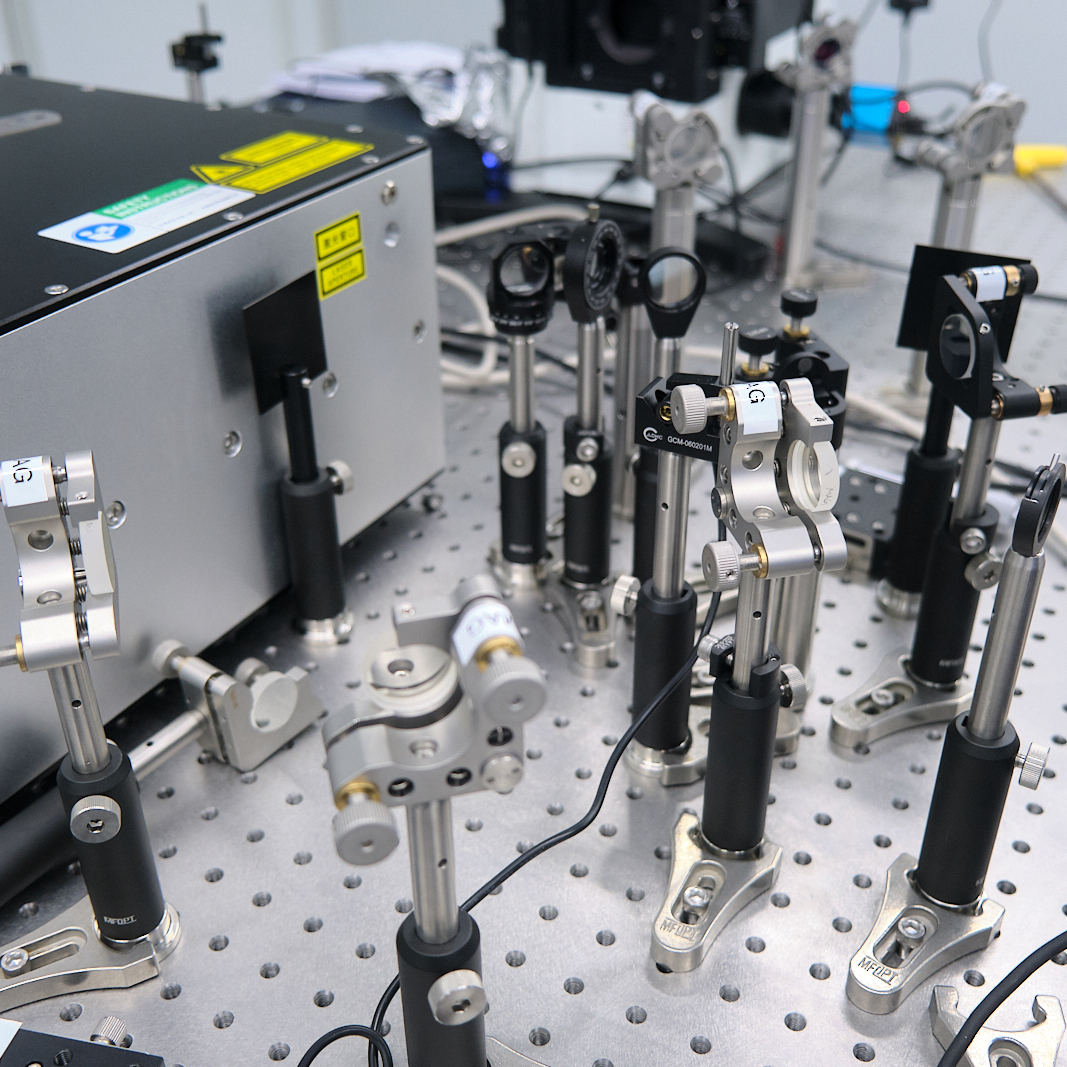 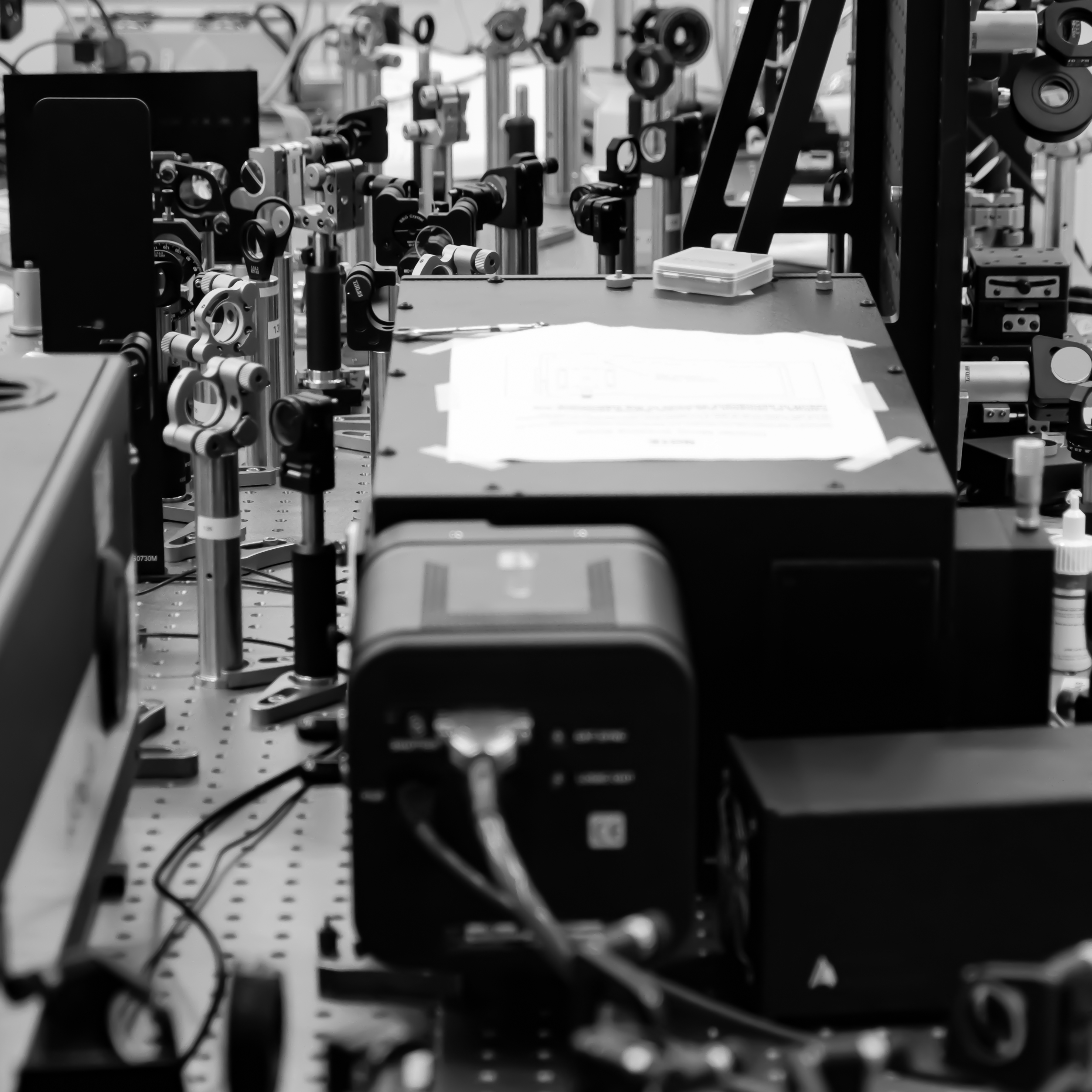